An interesting “What If?” story about a past episode in the X-Men’s long history, The four-issue Warzones (2015) mini-series “X-Tinction Agenda” is collected, along with Uncanny X-Men (1981) #270, as X-Tinction Agenda Warzones. This is a mildly interesting “What If?” type of story set on the Secret Wars Battleworld – see Secret Wars for the background to these – which looks at an episode from the X-Men’s chequered past in which they liberated the island of Genosha. The Uncanny X-Men issue was the beginning of the real-world storyline. BACKGROUND Here, Genosha is ruled by an Administrator Anderson, head of the Genoshan military, who took power after the X-Men overthrew the previous leader, a cyborg dictator by the name of Cameron Hodge, who was enslaving and exploiting mutants. Now, an X-men team, led by Havok, is acting as the island-state’s Avengers equivalent. Now, an unstoppable “Extinction Plague” is ravaging the mutant population of the island, and there are food riots and all sorts of civil unrest breaking out. Doom, ruler of the Battleworld, refuses to help them – “Mutants. A blight upon the world”, and Rachel Grey (Phoenix), baron of X-Topia, the mutant enclave on Battleworld, has placed the neighbouring island under quarantine. PLOT Havok and his X-Men plan to raid the mainland and kidnap a couple of X-Men whose powers should be able to cure the population of the plague – Triage and Rogue. The plan works to an extent, but the mainland X-Men come to rescue their comrades. Meanwhile, the person responsible for the plague is busy reanimating the formerly dead cyborg Hodge, using samples of the also-dead Warlock (the X-Man/New Mutant one; I was confused too). Stuff happens; best-laid plans, etc.; several people die – and, be it noted, several major players are also dead in this alternate timeline. OUTCOME For a “What If?” story, there is a relatively successful outcome – in that the writer doesn’t kill everyone off – but it is still a “What If?” story, which, for me, seldom makes any real connection to me; and in this case, this was a period of the X-Men’s history that I never read, so the situation, and many of the characters, have no meaning to me. If this was ‘your’ X-Men, however, you may be more entertained than I was by this look back at them. The scripting and artwork is very good – it just didn’t have any connection to my own personal comic reading history. THE SPOILER ZONE THE SPOILER ZONE For a breakdown of the content of the issues collected here, follow their individual links below: X-Tinction Agenda (2015-) #1 X-Tinction Agenda (2015-) #2 X-Tinction Agenda (2015-) #3 X-Tinction Agenda (2015-) #4 Uncanny X-Men (1963-2011) #270 http://amzn.to/1VwOATi 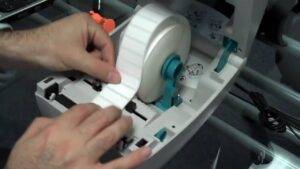 10 Steps to Become A Creator From A Writer

Is Your Kindle Stuck While Reading The Book?

Why I Use Hard Copy Address Books Instead of My Phone

Evolution of the Indian eBook Market