Evolution of the Indian eBook market – A Dawnbells research report If there were no books then the progress of mankind would be seriously impeded. The role played by books can never be undermined. Think about it, we would be passing down knowledge by word of mouth. We would have no impartial witness to history or independent record that could show us what happened. Not to mention scientific progress. If we had no writings, no books, we could not build, create, or even begin to understand what it is we need to understand. Keep one thought in mind, when it concerns books- even Socrates had a thing against them… This does not mean that books are bad. It only means that even wisdom can be lost on the old. EBooks are the natural evolution of books into the modern age and they bring a portability that books of old lacked. The word was written via typeset. Now it is converted into electronic ones and zeros. There was a limit to how small one could make the physical print but with eBooks there is no limit as to size. The only limit is the imagination. The transport of a vision of the imagination of man in a portable and cost-effective if not cost-effacing medium is the ultimate goal of the eBook. The eBook format is the perfect vessel to continue the process of passing on the thoughts of man into the modern world and even the future. The eBook market in India has been growing steadily and according to Asian Age, it would grow from 5% to 25% of the market share of books in India. With increasing population combined with the growth of digital technology such as smart phones and tablets this could very much be the reality in India. Dawnbells was built to bridge the gap between what is and what will be India. It thrives on the vision of bringing India into the future by presenting a powerful medium to the great and common man alike. Some say this is the era of the eBook in India. I see it as the beginning the dawn, where we hear the bells that call us not to revere the past but celebrate the future. This is the vision and purpose that dawnbells brings to the table. Some have said that this is an impossible dream. They say that dawnbells might have bitten off more than can possibly be accomplished. I say no… A man is only limited by what he chooses to dream into reality. Dawnbells, the eBook warehouse, covers everything from past to present to future. In the past, there are discourses on history of places, people and events. In the present there are works on building and rebuilding the mind, body and soul for all ages some ideas presented playfully and others of a more serious nature. In the future section, there are works on what we see ourselves as becoming. Some see us aspire to greatness and others to lesser things. From what one can see and read of dawnbells, the reality is greater than the dream and the dream is only partially realized… With each incarnation, it grows more and more amazing. Truly dawnbells is the answer to the Indian eBook market. It is the next evolutionary step!!! 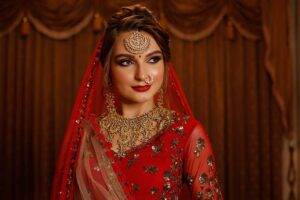 10 Steps to Become A Creator From A Writer

Is Your Kindle Stuck While Reading The Book?

Why I Use Hard Copy Address Books Instead of My Phone